Rico Soegiarto found this husky he was abandoned and suffered from malnutrition. The poor dog was really fragile and ill from abandon that it could barely stand upright. 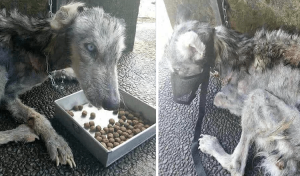 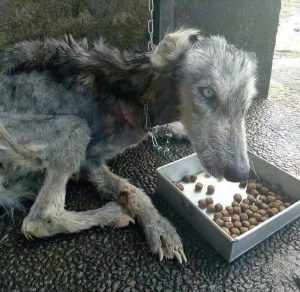 The animal wandered the streets of Denpasar in Bali with bare patches on its scaly fur revealing open wounds. It was so malnourished that it looked skeletal. It could barely stand and had long, dirty nails that had not been clipped for months. 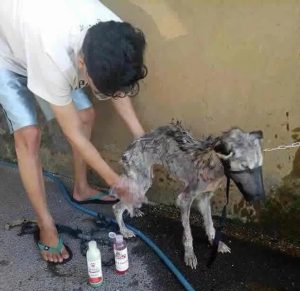 It is believed that the husky would probably have died shortly after it was found if it had not been cared for. Rico took care of the poor animal by washing and clipping its fur. He also fed it properly and took it to the vet regularly. 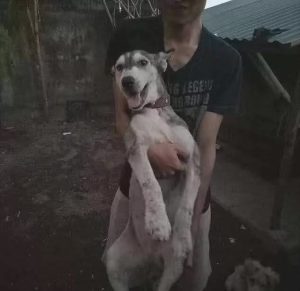 Ten months later, the dog now has a full white coat and looks strong and healthy. Plus, the husky is happy and playful and loves her new owner.

Grover Krantz Donated His Body to Science, On One Condition…